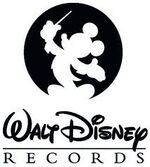 Walt Disney Records is one of two record labels of the Disney Music Group, owned by The Walt Disney Company, and originally founded in 1956 as Disneyland Records. Before that time, Disney recordings were licensed out to a variety of other labels such as (RCA, Decca, Capitol, and ABC-Paramount Records). It was Walt Disney’s brother Roy O. Disney who suggested that Walt Disney Productions (now the modern-day Walt Disney Company) form their own record label. Roy enlisted longtime staffer Jimmy Johnson to head this new division. It adopted its current name in 1989. The label currently releases soundtracks from Disney's motion pictures and theme parks, as well as, traditional studio albums produced by its roster of pop, teen pop, and country artists.

The label was founded as Disneyland Records in 1956, serving as the Walt Disney Company's first record company. Most of its output at the time was mainly children's music and recordings, mostly based on Disney animated characters, though the label has also produced several recordings that do not involve any Disney characters. 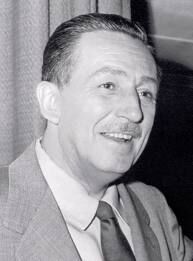 Jimmy Johnson brought in musician Tutti Camarata, founder of Sunset Sound Recorders in Hollywood, to head the creative end of this new enterprise. Tutti established the label's initial forays into long-form musical albums, which included jazz interpretations of Disney standards from Snow White and the Seven Dwarfs, Bambi, and Cinderella, as well as original musical concept albums, and he expanded the format of soundtracks by including selections from the score as well as the songs. Tutti's connections within the music industry also brought to the label the likes of Mary Martin, Louis Armstrong, Louis Prima, Jerry Colonna, and Phil Harris. It was also Tutti’s idea that the popular Mouseketeer, Annette Funicello, become the label’s first artist in residence. In 1959, the Buena Vista Records label was formed for Funicello's select recordings and for the release of soundtrack albums and other contemporary music.

While looking for the right material for Annette, Tutti and his team discovered the songwriting duo of Richard M. Sherman and Robert B. Sherman after hearing one of their songs on the radio. The two were brought to the Disney studio in Burbank where they eventually became the first staff songwriters for the company. They not only penned a good deal of Annette’s songs, but were also responsible for most of the iconic Disney songs of the 1960s and beyond – “It's a Small World” and “The Tiki Tiki Tiki Room” for the theme parks, as well as the songs from Mary Poppins, The Jungle Book, The Many Adventures of Winnie the Pooh and Bedknobs and Broomsticks.