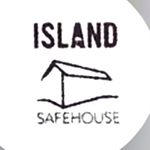 In May 2015, Billboard revealed Lovato was in the process of starting an "artist-centric" new record label, Safehouse Records, of which she will be co-owner. The label will be a partnership between her, Nick Jonas, and Lovato's manager Phil McIntyre, and will form part of a new collaborative arrangement between UMG record labels Island Records (Jonas's Label) and Lovato's own long-term label Hollywood. It has been confirmed that Lovato's upcoming fifth studio album will be released through the new venture deal. This will be Lovato's second multi-label venture of her career; she was formerly part of Jonas Records, a UMG/Hollywood/Jonas Brothers partnership, which is now defunct. [1] In December 2015, Lovato and Jonas landed a global publishing deal with Universal Music Publishing Group.

Retrieved from "https://demilovato.fandom.com/wiki/Safehouse_Records?oldid=21736"
Community content is available under CC-BY-SA unless otherwise noted.