Rosalinda is the crown princess and later ruling queen of the fictional Kingdom of Costa Luna. She is the only child of Queen Sophia and the late King of Costa Luna, making her the rightful heir to the throne.

Princess Rosalinda is depicted as a responsible, mature, and caring person. She loves her people and had learned about her royal duties to be the future Queen of Costa Luna. When her kingdom is being taken over, she has to be relocated to Louisiana which makes her sad for leaving her country and her mother behind. While in Louisiana, at first she has trouble fitting in with the life outside royalty. Carter then teaches her to act like an average American teenager. 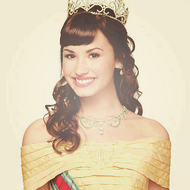 She is placed at Mr. Mason's home. Princess Rosalinda is to pretend to be a typical American teenager Rosie Gonzalez. Rosie meets Mr. Mason's daughter Carter Mason (Selena Gomez). Carter is a tomboy who works at the family bait shops. Carter dreams of going to the homecoming dance with Donny, her crush. Carter stops liking him after she realizes what a huge jerk he is. Before prom, he couldn't even remember her name and she repeatedly reminded him. He has a small crush on Rosie, but only for her beauty. Carter teaches Rosalinda to act like a normal teen. Rosie soon becomes popular at their high school.

Chelsea Barnes who is obsessed with being homecoming queen, even going as far as threatening to expose Rosie, and doing horrible things to humiliate her. Brooke Angels is Chelsea's dim-witted sidekick. Edwin aka Ed, who is Carter's dorky friend has a crush on Carter. Carter secretly devises a plan to pose as Rosalinda and then use herself as bait to lure Kane into capture. Mr. Elegante, Rosalinda's royal dress maker, tells Kane that Rosalinda will be attending the homecoming dance and will be wearing a blue dress that he actually sends to Carter. In the meantime, Rosalinda agrees to help Carter behave like a princess by helping a group of girls dress up for the dance; The girls all wear masks, which helps Carter disguise herself as Rosalinda. 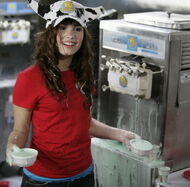 According to plan, Kane and his agents mistake Carter for Rosie and lead her to Kane's helicopter the night of the dance. However, Rosalinda narrowly discovers and ruins the plan by exposing herself to Kane, insisting that this is not Carter's fight. Fortunately, agents of the Princess Protection Program, including Mr. Mason, have been waiting inside the helicopter and rescue both girls.

The PPP agents quickly apprehend Kane and his henchmen and turn them over to the international authorities. Rosie is crowned Queen of Costa Luna with Carter, Mr. Mason, Ed, Rosalinda's mother, and Mr. Elegante in attendance.