Demi Lovato Wiki
Register
Don't have an account?
Sign In
Advertisement
in: Here We Go Again, Songs, Singles,
and 4 more

"Remember December" is a song performed by American recording artist Demi Lovato from their second studio album, Here We Go Again (2009). It was written by John Fields, Lovato, and Anne Preven, and produced by Fields. The song was released as the album's second and final single on January 18, 2010, outside North America, through Hollywood Records. "Remember December" adapts power pop and synthpop genres and diverges from Lovato's usual pop-rock sound. The lyrics describe the protagonist's attempt to remind their boyfriend of the good times of their relationship. Lovato described the song's sound as an example of what they wanted their future music to sound like.

"Remember December" received generally positive reviews from music critics; the majority of them praised its hook and chorus. Several critics also named it one of the album's standouts. The song was a commercial failure, peaking at number 80 on the UK Singles Chart. Tim Wheeler directed the accompanying music video, which features appearances from Lovato's female co-stars in Camp Rock 2: The Final Jam. Instead of including a love interest in the clip, Lovato chose to give it a theme of female empowerment. Lovato has performed the song numerous times, including on their tour Summer Tour 2009 and The Alan Titchmarsh Show.

Lovato first started penning songs for their sophomore album Here We Go Again in January 2009, right after filming from the first season of Sonny With a Chance. In April 2009, Lovato explained the album's process collaborating with other songwriters and artists, such as Jon McLaughlin and The Academy Is... lead singer William Beckett. Unlike their first studio album Don't Forget (2008), they did not collaborate with the Jonas Brothers as they wanted to see what their sound would be like without their input. According to Lovato, the album's writing process was nearly completed in just two weeks.

Lovato worked with songwriter Anne Preven on three songs on the album, "Quiet", "Remember December" and "Solo". John Fields, who helmed production on Don't Forget, co-wrote "Remember December" with Lovato and Preven, and produced all three songs, along with the majority of the album. The recording sessions for the album began in January 2009, and "Remember December" was recorded by Fields in Studio Wishbone in Los Angeles, California. The song features Owsley on guitars, synths, and backing vocals, and Dorian Crozier on drums. Tommy Barbarella contributed synths, while Ken Chastain handled percussion. Fields and Paul David Hager mixed the recordings. In an interview with Jocelyn Vena of MTV News, Lovato said that the song is meant for "all her girls out there who need to remind guys that they messed up". In the same interview, they said that it is different from their usual pop-rock sound.

"Remember December" is a 1980s-inspired power-pop song with influences of synthpop and pop-rock. Patrick Varine of The Observer-Dispatch noted "a bit of techno", and Fraser McAlpine of BBC Music referred the verses to as "moody synthpop". Critics made comparisons with works by rock bands Paramore and The Veronicas. According to the sheet music published at Musicnotes.com by Walt Disney Music Publishing, "Remember December" is composed in the time signature of common time, with a moderate beat rate of 112 beats per minute. It is composed in the key of F minor and Lovato's vocal range spans from the low-note of E♭4 to the high-note of F5. It has a basic sequence of F5–A♭5–D♭5 as its chord progression.

The song begins with Lovato singing "I feel a separation coming on, Cos [sic] I know, you want to be moving on." Lyrically, the song sees the protagonist reminisce about a winter romance, with lines such as, "I remember us together / We promised that forever." Los Angeles Times critic Margaret Wappler deemed it an "ode to breakups" and noted that the protagonist asks their willful boyfriend to remember "the good times" of their relationship. In the chorus, they sing "Don't surrender, surrender, surrender", before asking him to remember their "promise of forever". Lovato explained that the song is about "a girl [who] has so much to say to the guy, and it feels like he's not listening, and they want him to remember everything that they had".

"Remember December" was released as the second and final single from Here We Go Again on The song was later released in Scandinavian countries via digital download on January 18, 2010, It was released as a CD single and digital download in the UK on February 15, 2010. The physical release includes a club mix of the song by Sharp Boys, while the digital release also includes a radio edit of the remix. Following its release, "Remember December" debuted and peaked at number 80 on the UK Singles Chart on February 27, 2010.

The song received generally positive reviews from critics. Allmusic critic Stephen Thomas Erlewine considered Here We Go Again "not quite as much fun", as Lovato's debut album Don't Forget, "but still fun, particularly when Lovato tears into hooky power-pop like ... 'Remember December'." Erlewine also named the song one of the best tracks on the album. BBC Musics Fraser McAlpine rated it four out of five stars, and wrote, "I'm sure there's a punk rock reason why we should all get together and hate it, but for the life of me I just can't. Even with the weird pronunciation and silly lyrics, this is a corker." McAlpine praised the "grand" chorus and wrote: "Someone in Team Lovato has been cocking an ear to the musical stylings of Paramore, and maybe suggested that the next logical step after Camp Rock's wholesome Disneyfication of popular song might be something a little more confessional."

Cody Miller of PopMatters was positive regarding the song, writing: "When a real hook pops up, as on 'Remember December', Lovato really bites into it, belting and howling with enough melodrama and bravado to actually make one believe [the] lines." Tamar Anitai of MTV Buzzworthy named the track the fifth-best song of 2009, calling it "the strongest and best" on Here We Go Again. Anitai wrote, "'Remember December' is a serious standout that quickly makes it point with Demi behind the wheel – seriously speeding – the whole time. It's the perfect showcase for Demi's way-beyond-her-years vocals and ability to sell a song without sugar-coating it." In a more mixed review, Nick Levine of Digital Spy awarded it three out of five stars and said that it lacked "original ideas", but said that it "does at least have a decent chorus". Levine called it a "Veronicas-lite pop-rock stomper" and praised Lovato's vocals.

Lovato performed the song for the first time on their Summer Tour 2009, where it was sung towards the end of the show. Althea Legaspi of Chicago Tribune wrote that the song "demonstrated her rock singing chops". Thomas Kinter of the Hartford Courant commented that Lovato "loosened up a bit" with "Every Time You Lie" and returned to "full-bore vocal blaring" for "Remember December". During a string of promotional appearances in the United Kingdom in early-2010, Lovato performed "Remember December" on The Alan Titchmarsh Show on January 29, 2010. In September 2011, they performed it during the revue concert An Evening With Demi Lovato. It was also the closing song of the setlist during the tour A Special Night With Demi Lovato. It was also a part of the setlist for Demi's Neon Lights Tour, Sex and Love Tour, and DEMI World Tour. 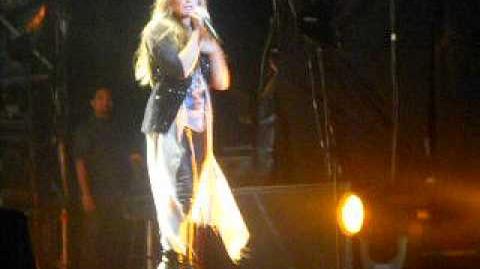 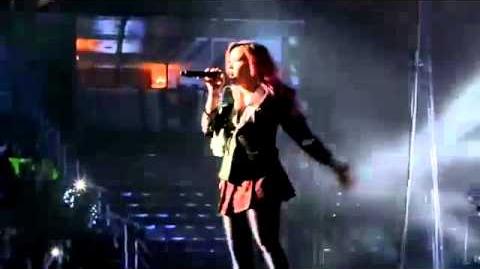 Just prove that there is nothing left to try
'Cause the truth I'd rather we just both deny
You kissed me with those open eyes
It says so much, it's no surprise to you
But I've got something left inside

You said you wouldn't let them change your mind
'Cause when we're together fire melts the ice
Our hearts are both on overdrive
Come with me, let's run tonight
Don't let these memories get left behind

I remember us together with a promise of forever
We can do this, fight the pressure
Please remember December

The music video for "Remember December" was directed by Tim Wheeler, who co-directed the clips for Lovato's previous singles, "La La Land" (2008) and "Here We Go Again" (2009). Lovato was interviewed by MTV News on the set of the music video, where they stated that it stays true to the song's theme: "The music video relates to the song in a way ... And so instead of having a love interest in this video, it's all about being fierce and kind of, like, taking control as a girl. It's like girl empowerment. Yeah, divas!" They described the video as "really, really glam rock". According to Wheeler, the concept behind the clip was to incorporate different lights and backlights. The video premiered on November 12, 2009, and was later made available for download on the iTunes Store on December 1, 2009.

The music video includes three scenes in the following order: The first scene was Lovato performing with their band on stage while sporting a "Rock Chick" outfit with a black leather jacket and stud gloves. The second scene was Lovato with their friends (portrayed by Meaghan Martin, Anna Maria Perez de Taglé and Chloe Bridges (the stars of Disney's Camp Rock 2: The Final Jam)) are taking their night out into the streets of Los Angeles. The third and last scene was Lovato wearing a glitter hooded sweatshirt while standing in front of bright lights.

The video was released on the YouTube channel for Hollywood Records.