Patrick Lovato is Demi's father. He was of Mexican (Spanish and Native American) ancestry; his family was from New Mexico.[1]

He and Demi's mother Dianna De La Garza divorced in 1994. As said by Patrick to Star magazine, they divorced because their long-distance relationship was not working. After the divorce, Patrick travelled to New Mexico to live with his father, Frank.

Demi's song "World Of Chances" from their album Here We Go Again talks about how they constantly give they Father chances but he continuously lets them down.

Demi's song "For The Love Of a Daughter" from their 2011 album Unbroken reflects their strained relationship with their dad.

Demi also wrote the song "Shouldn't Come Back" from their 2013 album Demi about their father as well.

Demi Lovato had a message for their fans and loved ones after the death of their father, Patrick at age 52. Patrick passed away due to cancer.

They also tweeted a photo of them and their father the next day on June 25. they sister, Dallas Lovato tweeted about their father's death.[2] on June 23, 2013. Demi missed a photocall for The X Factor over the weekend. Show creator and fellow judge Simon Cowell expressed his own support on Twitter: "My thoughts are with you Demi" he wrote.Miley Cyrus and other friends of Demi also tweeted their support.

After the death of their father, Lovato dedicated the song "Father" from their 2015 album Confident to him. 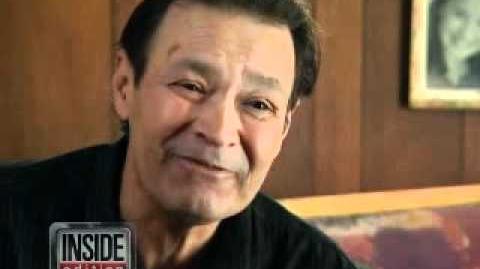