Made in the USA

"Made in the USA" credits

"Made in the USA" is a song by Demi Lovato on their album, DEMI. It was released on July 16, 2013, by Hollywood Records as the album's second single. The song was written by Lovato, Jason Evigan, Corey Chorus, Blair Perkins, and Jonas Jeberg, who also served as the song's producer. The music video was released on July 17, 2013.

"Made in the USA" is an uptempo pop-rock and country-pop song that celebrates an everlasting American romantic relationship. The single debuted at number 80 on the Billboard Hot 100.

Upon the album's release, Billboard stated the song was "the right comparison of bubblegum fun and Lovato's overpowering pipes" and compared the track to the 2009 song "Party in the USA" by fellow pop-star Miley Cyrus. Billboard also described it as "an up-tempo, red-white-and-blue-tinged celebration of everlasting love" and stated that the song contained a "wistful guitar lick and some fierce romanting statements."

"Made in the USA" is an uptempo country-pop, with main elements of pop, but also a pop-rock song with a running length of three minutes and sixteen seconds. It is a patriotic love song.

"Made in the USA generally received positive reviews from critics. Billboard reacted positively to the song, praising it as a "grown-up version" of "Party in the USA" by Miley Cyrus. Female First gave a generally positive review, saying that the song was not the best on the album however that it was "fun" and "upbeat" and praised its reference to Chevrolet as well as its "positive shout-outs" to America's coasts. Artistdirect described the song as a "frothy, airy, top-down summer anthem" and praised its "flawless" production.

On June 28, 2013, Lovato performed "Made in the USA" for the first time during their appearance at the Good Morning America concert series, sporting a similar outfit to what they were seen wearing in the single's music video behind-the-scenes sneak peek. On August 11, 2013, Lovato performed at the 2013 Teen Choice Awards with Nick Jonas as a drummer. It was also a part of the setlist for Demi's The Neon Lights Tour. 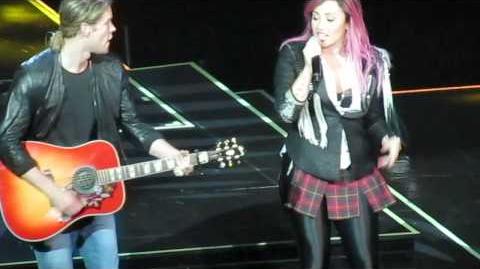 Made in the USA- Demi Lovato and Chord Overstreet 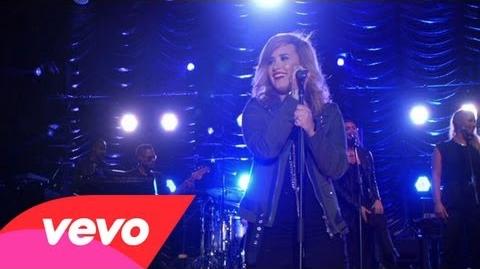 Made in the USA (VEVO Presents Live In London) 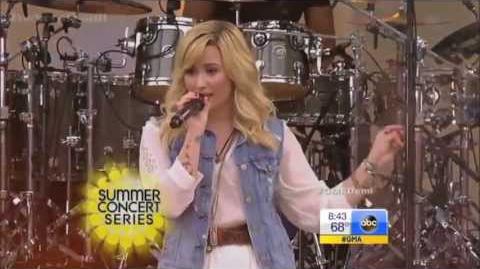 Made In The USA - (Live on Good Morning America GMA) 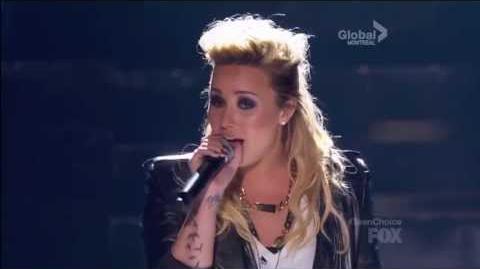 Demi Lovato - Made in the USA Teen Choice Awards 2013

An official lyric video for the song was released on June 26, 2013. The song's official music video was filmed on May 2, 2013. The video was directed by Ryan Pallotta and Lovato theirself. It was released on July 17, 2013. On June 28, 2013, Lovato unveiled a "behind the scenes" clip for "Made in the USA" through their Vevo account, in which they detail their vision behind the video as well as their directorial debut. Speaking of their decision to co-direct the clip theirself, Lovato stated: "I saw the shots that I wanted to do and everything. I told my manager and I kind of walked him through it, step-by-step. And he said 'why don't you just direct it since you know what you want?' and I've always wanted to direct so I was like, 'OK, let's do it!' And that's kind of how it happened." The music video will tell the story of a young American couple who "meet at a carnival, and they fall head over heels in love", according to Lovato. The video features Dustin Milligan as a soldier and Aimee Teegarden as his love interest.

The video begins where Lovato visits the carnival and sings the song. The video follows a young American couple (portrayed by Dustin Milligan and Aimee Teegarden). The couple spends their time together dating, day and night. One day, the boy is leaving and revealed he is a soldier to join the military in the middle of the war, leaving the girl promised the boy will return. Meanwhile, the girl is writing a message to the boy and the boy looks at the photograph of the girl, due to the consequences: they both in fear. The next scene takes place at the carnival from the beginning of the video, where the girl hangs out with her friends until she sees the boy again who revealed as a worker of the carnival. As the boy follows the girl around and at the circus, where Lovato is performing for the crowd. In the end, the girl finally reunites the boy who returned home. The video ends with Lovato smiling at the camera.

MTV Style's Chrissy Mahlmeister noted that Lovato is getting in the "patriotic spirit" in the music video, sporting an "all American" look which included a "crocheted white dress with a brown belt, denim jacket". Mahlmeister stated that they "ditched her typically edgy, all-black ensembles" seen in their previous music video "Heart Attack". 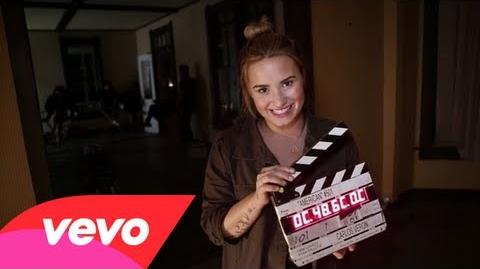 Demi Lovato - Made in the USA (Behind the Scenes) 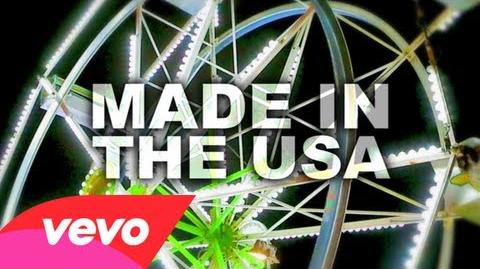 Demi Lovato - Made in the USA (Official Lyric Video)-0 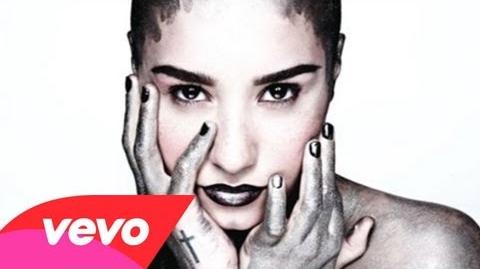 Demi Lovato - Made in the USA (Audio) 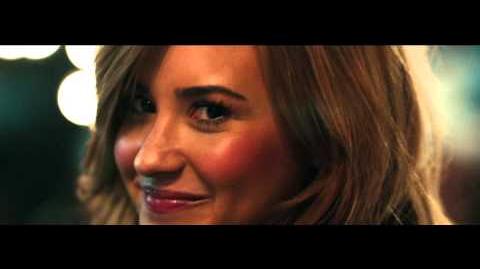 Demi Lovato - Made in the USA (Official Video Teaser 1) 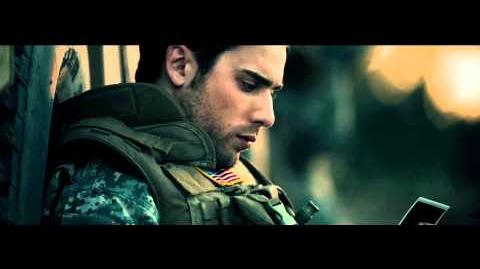 Demi Lovato - Made in the USA (Official Video Teaser 2) 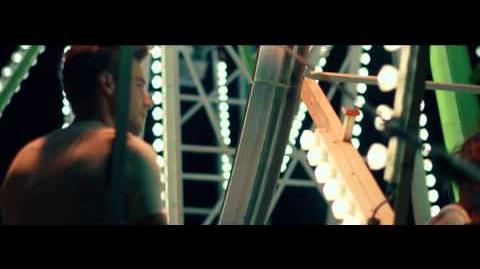 Demi Lovato - Made in the USA (Official Video Teaser 3)

Just a little West Coast, and a bit of sunshine
Hair blowing in the wind, losing track of time
Just you and I, just you and I
Whoa, whoa

We touch down on the east coast
Dinner in the sky rise, winter is the best time for walking in the city lights
You and I, you and I
Whoa woah

No matter how far we go, I want the whole world to know
I want you bad, and I wont have it any other way
No matter what the people say,
I know that we'll never break
'Cause our love was made, made in the USA

Usage in the media 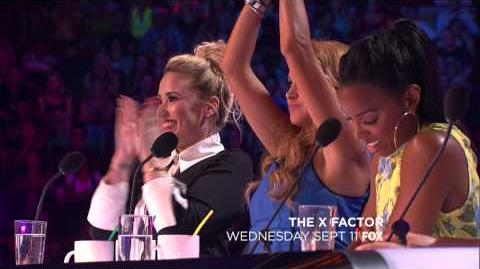