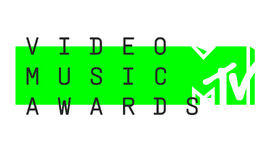 The MTV Video Music Awards (commonly abbreviated as a VMA) is an award presented by the cable channel MTV to honor the best in the music video medium. Originally conceived as an alternative to the Grammy Awards (in the video category), the annual MTV Video Music Awards ceremony has often been called the "Oscars for youth", an acknowledgment of the VMA ceremony's ability to draw millions of youth from teens to 20-somethings each year.

Demi attended the awards show in 2008 despite not being nominated.

Demi and Chord Overstreet presented the award for "Best Collaboration" to Katy Perry.

Demi won the award for "Best Video with a Message" for her song Skyscraper. She also performed a pre-show performance of her song Give Your Heart a Break and presented the award along with Rita Ora for "Best Male Video" to Chris Brown.

Demi was nominated for "Best Female Video" for her song Heart Attack.

Demi was nominated for "Best Lyric Video" for her song Really Don't Care. She and Jason Derülo introduced Maroon 5 for their performance.

Demi was nominated for the award of "Song of Summer" for her song Cool for the Summer. She also performed the song at the main show of the VMA's on August 31, 2015.

Lovato also performed at the Pre-show VMA concert along with Nick Jonas on August 28, 2015. 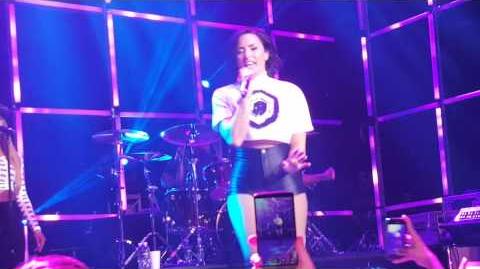 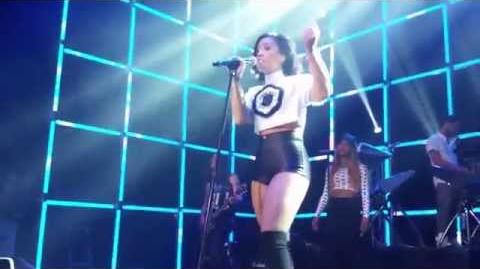 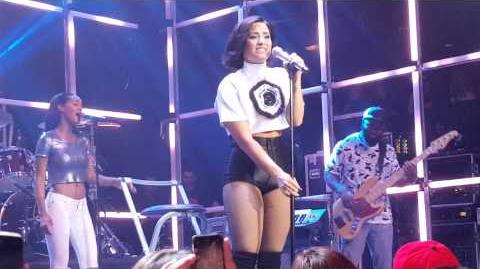 Demi is nominated with Fall Out Boy for the award of "Best Rock Video" for their song Irresistible.

Retrieved from "https://demilovato.fandom.com/wiki/MTV_Video_Music_Awards?oldid=20534"
Community content is available under CC-BY-SA unless otherwise noted.