The song peaked at #41 on the Billboard Hot 100, making it her highest peaking solo song at the time. The song's inspiration came from Demi falling in love with someone who later left her. According to her, it's one of the songs on the album that she most relates to.

"Don't Forget" was written by Lovato along with the Jonas Brothers, who produced it with John Fields. The song features Dorian Crozier and Michael Bland on drums, and Fields on bass, guitars and keyboards. Nick Jonas also played the guitar and percussion on the song. The song is registered as "Did You Forget" with the Broadcast Music, Inc. Lovato has stated that "Don't Forget" is one of the songs on Don't Forget that she relates to the most, and that she felt "a lot of emotion while recording it". In an interview with PopEater, she elaborated, "Everyone goes through the experience of falling in love, but then the other person just walks away, and goes somewhere else. I went through an experience like that and wanted to write about it. I got over it, and now a year later I don't have those feelings about that person anymore." The song and "La La Land" were included as bonus tracks on European editions of her sophomore album Here We Go Again.

"Don't Forget" is a midtempo glam rock ballad sung with vulnerable and breathy vocals in a falsetto tone. According to the sheet music published at Musicnotes.com by Sony/ATV Music Publishing, the song is set in common time with a metronome of 92 beats per minute. It is composed in the key of E major and Lovato's vocal range spans from the note of C♯4 to the note of E5. The song includes a "rocking" instrumental and a heavy guitar break. Ed Masley of The Arizona Republic compared the track to songs by Green Day. Lyrically, "Don't Forget" is about one of Lovato's old love interests who left her just as she was falling in love with him. The theme is demonstrated in lyrical lines such as, "Did you forget that I was even alive? Did you forget everything we ever had?"

Lovato performed "Don't Forget" on The Ellen DeGeneres Show on April 14, 2009. Also in April 2009, the song was performed as part of the iTunes Live from London series. The full performances were released as an iTunes Store-exclusive extended play featuring recorded live versions of the tracks. In May 2009, Lovato performed the song at a Walmart concert, which was later released as part of a live album entitled Demi Lovato: Live: Walmart Soundcheck (2009). The release featured recorded live versions of the performers on a CD, and the full performances on a DVD. 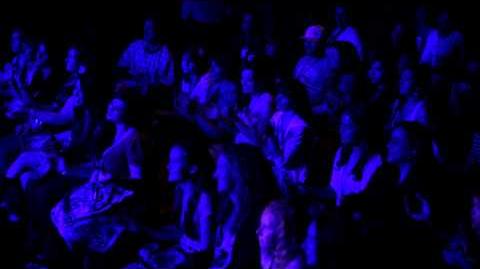 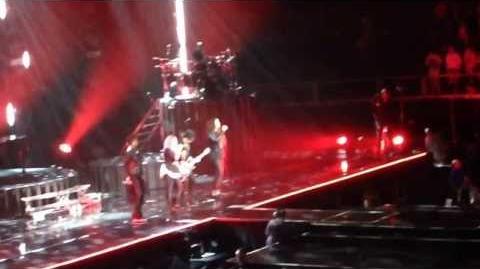 The music video for "Don't Forget" was directed by Robert Hales. According to Lovato, different video treatments had been written, but she rejected them as she wanted to come up with the idea herself. She said, "They had treatments [for the video], but I was just like, 'No, scratch them.' I want to come up with the idea. I want to show you the colors, I want to show you everything. This is art to me and I don't want it to be somebody else's decision." The video premiered on March 16, 2009 via Lovato's Myspace account. It was later made available for digital download on the iTunes Store on April 7, 2009 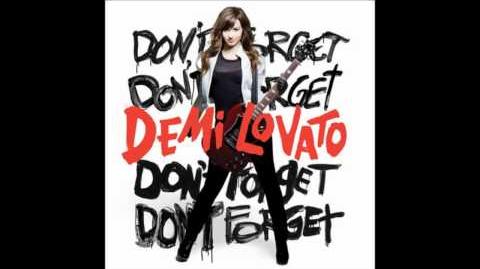 Retrieved from "https://demilovato.fandom.com/wiki/Don%27t_Forget_(song)?oldid=22321"
Community content is available under CC-BY-SA unless otherwise noted.