DEMI is a $4.99 English eBook by Demi Lovato available on the iPad and iPhone that was published on Jun 11, 2013 by Hollywood Records and was sold by INscribe Digital. Its length is 30 pages.

The book gives fans behind-the-scenes access to the singer, including never-before-seen footage and interviews. In one clip, she says that being honest and open is not only the message she's sending her fans in the book but also on her 2013 album release. She said - "This album I've had enough time to really reflect on personal experiences and look back at my life after having overcome a bunch of things. I've been more aware of myself; therefore, when you listen to the album, you can really tell in the lyrics and in the emotion and everything I worked really, really hard on this album, and hopefully you'll be able to hear that." 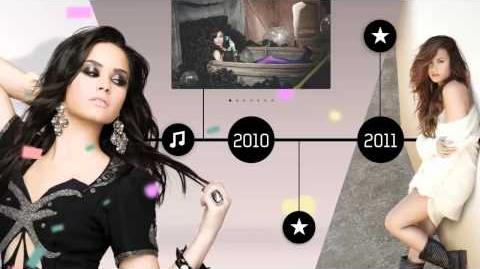