billboard.com
Billboard (stylized as billboard) is an American music magazine, headquartered in New York City, New York and owned by Prometheus Global Media. It was first published on November 1, 1894, and is distinguished as being among the oldest trade magazines in the world. The magazine originally focused on bill posting and outdoor amusements before specializing in the music industry in the 1960s.

Demi Lovato and Nick Jonas appeared as the cover stars for the July 30, 2016 issue of Billboard.

"Jonas and Lovato, both 23, were Disney Channel charges who started working before they were tweens and have been singing and acting ever since. Each has been, in his and her own way, through the ringer. Jonas' experience with pubescent pop-rockers the Jonas Brothers left him "bruised and a little jaded," says his and Lovato's manager, Phil McIntyre. And Lovato just marked four years of sobriety after a hard-fought battle with mental illness and addiction. But both are now midstride into a second act that, like the first, they're experiencing together -- but this time on their own terms. (And no, they are not, nor have they ever been, romantically entangled.)" (Read the full interview here) 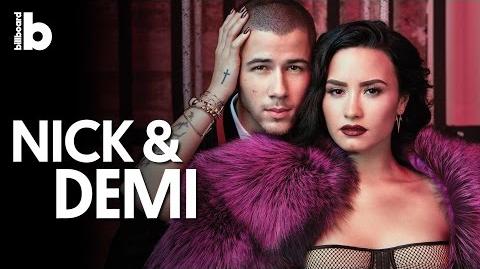